Keys to negotiating your license deal

You have reached a milestone very few inventors do: a company is interested in licensing your invention.

Now it's time to negotiate your license agreement – the delicate balance between striking a favorable deal versus pushing too hard and coming up empty handed.

Warning! I'm about to offer you two pieces of advice:

But, if I position myself as an “expert” – doesn't taking my advice violate the first statement above? Read on.

Negotiation in business is a skill every entrepreneur needs.

Just click on the blue button below to grab your FREE copy of – Negotiate Like a Pro – cheat sheet now.

Would you like to learn how to make money from your invention? Tired of just spending money?

Attend the next FREE live webinar – How to License Your Invention for Royalties.

All you need is your cell phone, laptop or computer to attend this LIVE webinar. Get all your questions answered.

Just click on the orange button below to sign up for the next FREE live webinar – License Your Invention for Royalties. 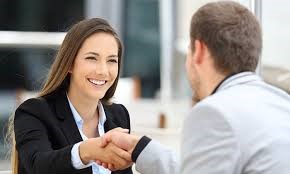 Don't Throw the Baby Out with the Bath Water

Below are 3 key provisions of your license agreement, for which opinions and well-intended advice abounds:

Harvey Reese – in his book How to License Your Million Dollar Idea– advises you should “walk away” from the deal if they are not willing to offer you an advance. While Mr. Reese offers a lot of common sense advice in his book – this particular recommendation is terrible advice in my opinion. Why?

Most companies prefer not to pay advances simply because it increases their already considerable up-front cost and risk in the license deal. Also, you will receive the same total amount in royalties – whether you receive an advance payment or not. Why walk away from what could be a lucrative deal simply because you think you deserve an advance? This is what is often called “inventor greed.”

A variety of experts cite an “average” royalty rate of 5% – and imply you are “leaving money on the table” by accepting lower royalty rates. Royalty rates will vary with every company and with every product, so focusing on an “average” is a meaningless exercise. As Seen on TV deals, for example, can move huge product volumes – often millions of pieces – at tiny royalty rates for the inventor of, say 2%. A 2% royalty on your As Seen on TV invention – if the product sells well – could make you a millionaire. Not a bad deal after all.

The MAR provision within a license agreement is very important to have because it protects you from the potential downside of licensing your product and receiving no royalty payments whatsoever if the company chooses to simply “sit on your product.”

If your agreement stipulates a MAR of, say $30,000, the company must pay you at least that amount for every year your agreement is in force with them – whether they sell sufficient quantities to pay that level or not. So the MAR is a good and necessary provision.

Here is the problem – inventor greed can strike again – with devastating results.

Too many inventors view the MAR as a sort of entitlement “piggy bank” and focus on getting a large MAR guarantee set into the license agreement. They start by thinking, “how much should I really make every year from this agreement – as a minimum?”

When the company – your licensee – sees a proposal for an MAR of perhaps $80,000 or $100,000 – this is unpalatable to them. Sales in the initial year are not likely to be robust, simply because it takes at least 6 months – often longer – to get the product into retail stores. This means their capital risk in the first year, just got higher, simply because you want to ensure your minimum is lucrative for you.

This can be a huge red flag to them and cause them to back out of the deal entirely.

My Advice to You

My advice to you in negotiating your license agreement is that, of course, you should seek to get the best deal possible for you as you may be working with your licensee for many years (you want that to be the case!).

But, you must be willing to compromise. Consider the deal from their side of the table.

During the first year, your licensee will likely risk $1 million or more to source and manufacture large quantities of your product, pay for packaging, shipping, U.S. customs, distribution to retail stores, warehousing and more. It will take some time before they see a net profit due to the large up front costs they incur.

So, it's fine to ask for a “reasonable” advance against royalties – perhaps $30,000. But, be prepared to concede immediately if they indicate they cannot or will not provide an advance. You should never lose a deal because of differences over an advance (apologies to Harvey Reese). This is an easy concession that doesn't reduce your total payout from the deal, just the way it is allocated.

Never start by asking them what they will offer regarding a royalty rate up front. If you do, the final deal can never exceed this amount – and they might have been willing to pay you more if you had asked for it.

Instead you should propose a royalty to them first that is just a bit higher than you hope to receive from them.

For example, if you feel that they will likely agree to a royalty rate of 5%, then a good strategy is to initially ask for 6%. This must be buffered so that you don't ask for something that seems ridiculous and marks you as an amateur – someone who is likely to be difficult to work with – like 8% in this example.

When you initially ask for 6% and they then counter by saying they can only pay 5%, you can agree to the 5%. But, you may counter-propose that they would pay 6% only on sales that exceed 300,000 units (some significant unit volume, this is just an example). This is called a “ratcheted” rate proposal or a tiered rate.

Surprisingly, companies will often agree to such a proposal. If the product does very well, they see less risk in giving up a bit of margin on some units. Plus, they don't know if they will ever reach or exceed that sales volume. If your product has lucrative sales, then you will be rewarded accordingly. It is a low risk tactic to ask for the higher ratcheted rate, because If they refuse, you simply concede to the original offer they made.

You goal (and theirs) should be that you never receive an MAR payment.

But, if sales were a bit disappointing in the first year (which is not unusual) and they had to pay you a MAR of $80,000 – the board of directors is going to very unhappy with tendering over a check of $55,000 to you.

The company would very likely choose to exercise their right to terminate the license agreement early. This would be very unfortunate, because in the second full year, they might have notched a much higher sales volume like, say 200,000 units which would then net you total royalties of $100,000. Patience really is a virtue.

So, my advice is to see the deal from their perspective. Be prepared to make proposals, have them rebuffed or adjusted, and then, when appropriate, make counter-proposals. But, at all times, you should seem like someone who is reasonable and easy to deal with. In this way, they will be happy to pay you royalties for many years if your product does well.

Negotiation in business is a skill every entrepreneur needs.

Just click on the blue button below to grab your FREE copy of – Negotiate Like a Pro – cheat sheet now.

Would you like to learn how to make money from your invention? Tired of just spending money?
Attend the next FREE live webinar – How to License Your Invention for Royalties.

All you need is your cell phone, laptop or computer to attend this LIVE webinar. Get all your questions answered.

Just click on the orange button below to sign up for the next FREE live webinar – License Your Invention for Royalties.